Many hazards can impact the wellbeing of your houseplants, which can be caused by both growers and specific biological, animal, or plant elements. That is why it is good that all the conditions a plant needs are provided. If this is not the case, the dangers can be removed by using specific methods and remedies, and the plant rarely has to be discarded because nothing can be done for it.

Prevention is your best weapon

The dangers to which plants can be subjected can be prevented. First of all, never buy a plant that shows signs of having been attacked by various pests or showing signs of disease. Take a good look at it, because if you buy it and bring it home, you are very likely to make other plants you have sick.

Proper plant care is not a sure way to ensure that the plant will be healthy as long as it lives, but it will increase its ability to defend itself. Please check your plants from time to time, as you may discover a problem in its early stages that can be more easily and quickly eliminated.

Even though there is an extensive range of pesticides, it is not necessarily necessary to use them. There are several methods of eliminating hazards to which plants may be subject. So-called physical methods can be used, i.e., removing and destroying the affected parts. Another method is the biological method, which is used more in greenhouses. It refers to the use of parasites or even natural predators to eliminate the pests. For example, whiteflies or woolly adelgids have certain natural ‘enemies’, which can be bought from certain specialized suppliers.

Another method is the chemical one, but this requires great care, as not all products are suitable for all plants. Always read the instructions and watch out for certain substances that cannot be used on a particular plant. In addition, some growers resort to alternative remedies, i.e., prepare their own solutions, which are not always effective in the long term.

The hazards to which plants may be subject can be divided into three categories: pests, diseases, and other causes. The most common pests are aphids, mites, caterpillars, woolly adelgids, brown scale, red spiders, and whiteflies.

Aphids are actually several species, many of which are known as green lice. Colonies form very quickly because females reproduce without the help of a male. They usually stick to young plants and suck sap from them, leaving behind some sticky excretion products. They can be removed with solutions of dissolved soap, pyrethrum, or pyrethrin insecticides or by tearing off and removing affected parts.

Caterpillars are other pests that destroy very quickly, feeding on the leaves or buds of plants. They are removed by hand, by tearing off the infested parts, or by specific insecticides.

Mites often gather around buds and young parts, rarely seen by the naked eye. They look like a layer of dust and feed on tissues, leaving behind deformities, scabby patches, and brown spots. They multiply very quickly in winter when it’s warm in the house, and the best solution is for the plant to be destroyed, as insecticides are not so strong for them.

Woolly adelgid protect themselves against insecticides with their fluffy white coating. They often appear on cacti, and when they affect the plant’s roots, they become more problematic because they are not easily noticed. They are in the form of woolly clumps and can be removed by systemic insecticides, by removing the affected parts, or by wiping the plants with a damp cloth.

Brown scale (Parthenolecanium corni) are brown shells on the underside of the leaves. They usually appear on thick, hairy leaves and leave behind a sweet secretion. They can be removed with a fingernail, by wiping with a wet rag, or with insecticidal soap or horticultural oil.

Red spiders are almost invisible to the naked eye and form colonies, especially at the top of the lasses. You can only see a delicate web with the naked eye, and yellow spots can be seen on the leaves. In winter, they usually hide in wooden objects, which causes real problems for growers. They can be controlled by breaking off the affected parts and regularly spraying the leaves with softened water.

White mosses multiply very quickly, and when disturbed, they rise like a white cloud over the plant. They suck sap and can only be combated when they reach maturity by insecticidal soap, horticultural oils, or even by placing yellow sticky ribbons to stick to.

Diseases such as powdery mildew, downy mildew, botrytis, or rust are other dangers that plants can be subject to:

Leaf blight occurs when the air is too hot and dry and manifests itself as a white powdery residue on the leaves. It is controlled by lowering the temperature and increasing the humidity, but also by using sulfur-based fungicides.

Sooty mold occurs as a result of a sweet sap left by pests such as head lice, aphids, and whiteflies. A thick, black coating is deposited on the leaves, which prevents photosynthesis and stops the plant’s growth. The leaves should be wiped with a wet rag and sprayed with insecticides specific to these pests.

Botrytis is known mainly as grey rot and occurs when temperatures drop, and humidity rises. It is in the form of a fuzzy grey layer of rot and can be controlled with fungicides and by removing affected parts.

Rust usually appears on muskmelons and chrysanthemums when discolored spots appear on the upper side of the leaves, and brown rings of spores appear on the underside. If they have not been badly damaged, tear and burn the damaged parts. The best fungicide should be a sulfur-based one, but heavily attacked plants should be discarded in general.

Other dangers to plants are caused by unfavorable conditions in which a plant is kept. Water management is an important factor leading to these hazards – if not sufficiently watered, a plant cannot grow properly, its leaves turn yellow and then fall off, and it may even die; if over-watered, the roots may rot, and the plant cannot be saved. Temperatures for each plant must also be respected, as some species are sensitive and may suffer. Insufficient light leads to abnormal growth (leaf discoloration, deformation), while in some species, strong sunlight burns their leaves.

You may want to read these posts:

How to care for indoor herbs

Herbs are the plants that test our senses because we can smell them, touch them, taste them. With their help, your dishes can take on a whole new level of aromas and tastes. Whether you live at home or in a block of flats, you can easily plant indoor herbs in the space available. Thanks

Dracaena trifasciata, also known as “Snake Plant” and “Mother-in-law’s tongue” is one of the best plants for beginners. You must know that this plant is nearly indistructible, so if you want your first plant and you aren’t sure if you’re a plant person, this is the right plant for you. Maybe you know it as

Hoya Heuschkeliana is a lovely plant that can be hung or wrapped around a structure. When grown in full sun, the leaves are robust, slightly curled, lighter green underside than above, and can get quite red. They come in various sizes, ranging from 3 inches (7.5 cm) long to 1.2 inches (3 cm) wide. Pink

15 Best Indoor Gardening Tools You Need To Know About

Do you intend to create an indoor garden in your home? Then you’ll want to take a look at our essential list of the best indoor gardening tools. It’s not the end of the world if you don’t own a farm or if you don’t have a yard, you can still follow your gardening dream. 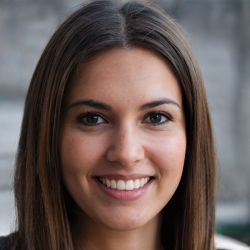 Annie Attwood
Senior Content Writer at The Plant Guide
For some people plants are a hobby, but for Annie, plants are her life and her dream is to be able to turn her house into a jungle.